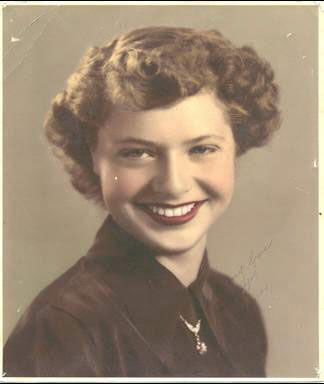 In Loving Memory of

Beloved wife, fantastic mother and true friend Burma Marie Silbaugh passed away February 16, 2005. Her great passions were her family and her faith.

Burma was born and raised in Twin Falls, Idaho. She was the seventh of eleven children and learned early to make the best of any situation. Her large family had moved to Idaho from Oklahoma, and when she was young they lived in a tent while her father tried his hand at panning for gold. Later, they moved into town and her father took a job. Burma excelled as a student.

One summer, Burma went to Washington to visit her older sister, Dottie. Dottie thought she should take Burma to church while she was visiting, so they went, but to Burma’s dismay the retired minister giving the sermon seemed mostly to talk about his fishing trips. Burma had nothing against trout, but she had perhaps expected to hear at least a parable or two.

At the age of fifteen, Burma met a classmate named Darlene, who was one of Jehovah’s Witnesses. Darlene invited her to a talk at the local Kingdom Hall. The talk was called "True Ministers Never Retire" and Burma never forgot it. Burma and Darlene became friends. They would study the Bible together, and then go roller skating. About a year later, Burma was baptized.

On June 15, 1952, Burma married Bob and they started a family. She was the glue that kept her and her husband and their six children all together, helping to support the family with various jobs such as telephone operator, stock market ticker-tape reader and secretary for a private detective. In the early 1960’s, Bob and Burma moved their family to the Seattle area and it was there that she worked at a couple of her children’s favorite jobs: Mother’s Cookies and Hostess Cupcakes.

In the early startup days of Kleenco, Burma worked by day as a bookkeeper for an electronics firm and in the evenings as bookkeeper for Kleenco. In addition, she would help Bob and the boys at night by doing janitorial work when one of the janitors failed to show up. When Kleenco moved out of janitorial work and into manufacturing, she was right by Bob’s side along with their children.

Dealers and vendors alike enjoyed Burma’s warm personality and beautiful smile. She never complained and never seemed to get sick. But when she was diagnosed with breast cancer and about to undergo surgery, she was amazed that not only was her family by her side but also many friends; so many that her hospital room was full and people were spilling out into the hallway. After surgery she was back at work and never missed a day, until her illness worsened and forced her to stop. Burma passed away on February 16, 2005. She was tireless, self-sacrificing and faithful in her love to the end. She has been missed every day since. 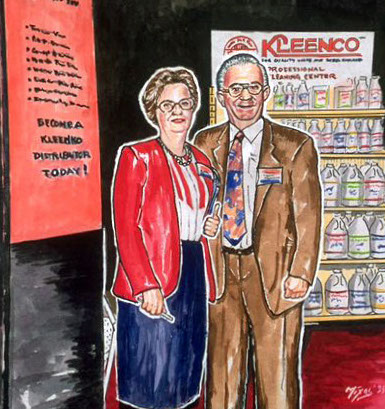